Let one hour a week surge the meaningfulness felt in your life. Start your story work now.

I met Paul Gero at a conference we both spoke at in early 2017. His talk was on reinventing yourself, which was really cool to listen to, because he’s had a vast variety of experiences being behind the lens.

We recorded this in the spring and at the time, Paul was building his business around doing high end portrait work out of his garage studio in California. Which let me tell ya, his story started long before this part of his journey, which you’ll hear about.

Now that we’re publishing, Paul is in the middle of a move with his family back to his home state in the Midwest, where he’s changing focus to his wedding business + documenting families including exploring that with video. How exciting!! 🙂

I’m telling you that, because Paul is one to learn from in really going for whatever you wanna shoot and not limiting yourself to ONE thing. You know how there’s always advice to niche down and master a certain area and be known for it? Well, Paul has done that… repeatedly, in a great way!

I think as new photographers, we can be good as the jack of all trades, but never really growing GREAT at all of those areas. Well Paul, he is GREAT with lots of photography subjects and approaches. Rather than jumping all around, he’s spent real time, focused in an area of photography until he’s done it WELL and then follows his interest + curiosity into another area, and so on.

I think it’s so smart and something we can learn from certainly. 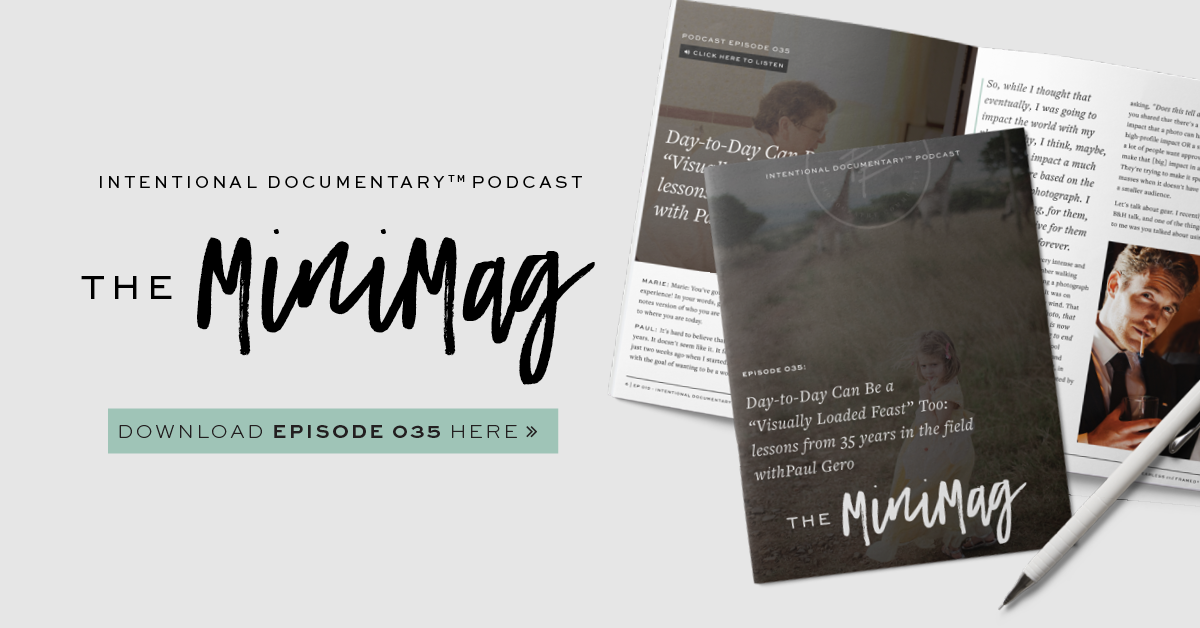 In this episode, we cover:

Hey Storyteller... Pick one and pass this onto a friend: